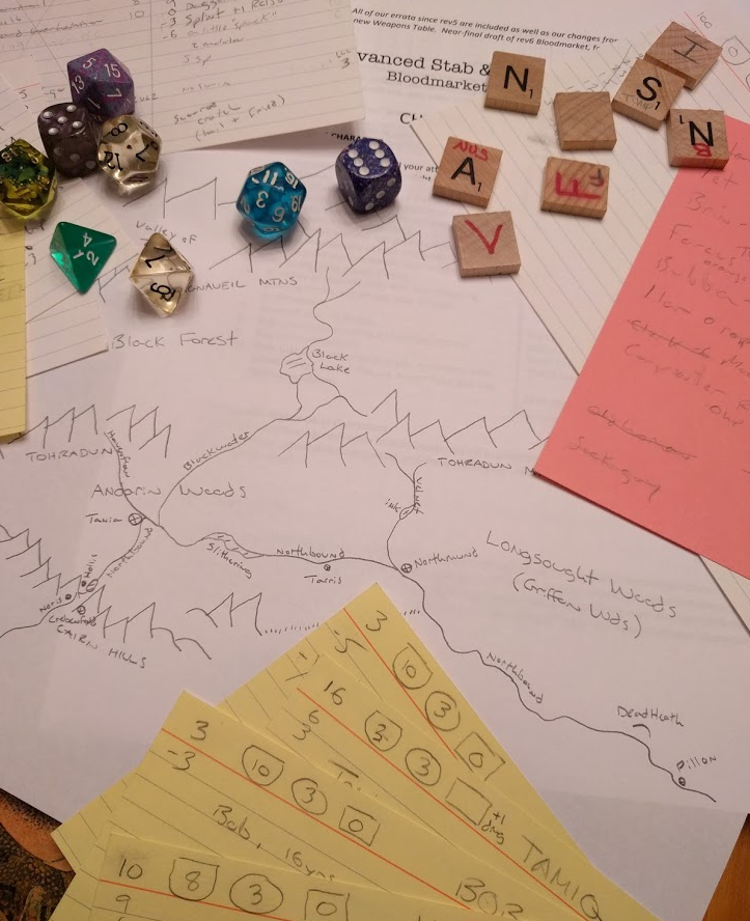 After seven years the Rahman Campaign finally came to an end. It ran from February 2009 to April 2016.

It all ended in the mining town of Pitfife near the Copper Lake in the Cairn Hills. Grimly, as expected. The final showdown with Kleg Blacklung, the man who killed their grandfather, came down to the wire. Abas and Kleg took each other down, and though not dead the brothers were bleeding out and the last of the Rahmans standing was a henchwoman named Hissie. Not that Kleg had many men left, and some of them were still on fire: but either the brothers would die there on the floor or at best find themselves chained and battered on their way to execution.

As the players were quick to point out, the curtain closed on them as they lay there bleeding next to Kleg himself, unconscious and near death but not actually dead...

So ends the story of the Rahman Brothers, a great romp of anti-heroism and epically poor decisions by characters run with an eye for the absurd. A veritable parody of High Fantasy Gaming run in the same world we started in thirty year ago.

[members can read the full seven years of session summaries]