The Paths of the Chimerum 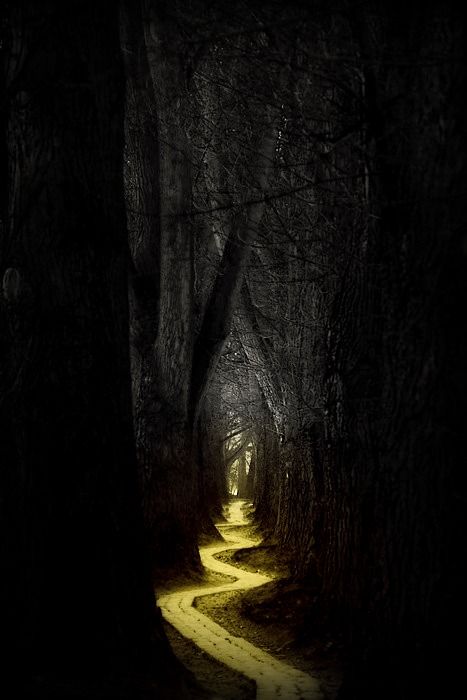 When you step into the Veil you enter a landscape of vague reality that exists between several places. More formally this is called the Umbra, and you can see the diagram in the post on the Three Worlds. It's most heavily influenced by the Spirit World, but it also touches on dreams and the edges of the Second World. It's a place without a cohesive geography and home to a long list of creatures: spirits and monsters and a few lost travelers. The short of it is, you're lost without a guide.

At some point a few clever people figured out how to map a path. If the stars and constellations are a symbolic representation of the Spirit World, you can plot a path through the Veil to each of them using the constellations as a map. You can't see the stars inside the Veil -- well, this depends on where you are, but everything in the Veil is a jumbled mix of meaning and reality -- but if you've studied the right books and learned the right things you can know where to turn and where to go forward.

So what are the paths? Each part of the Spirit World corresponds to one of the original Chimerums, although as they evolved and sometime combined this can make it difficult to match. These paths have branches and dead ends, but even those false directions have value: they can be entry points to other places: dream realms (onglets) and secret gates to the Second World. They can also be portals to specific locations in the Spirit World, short cuts for people who understand how to unlock them.

The Boradun have a ritual called the Pattern Walk. They pace out a pattern of steps and reflect on verses from their religious texts. You can see it on the floor stones of their temples and echoed in murals and art, sometimes as the entire pattern and other times as pieces to emphasize that particular verse. A popular one is from a verse on "meaning in grief" and is usually shown as a tall "L" for the step left and two forward. Although most people don't know it, the Pattern Walk is based on the chimerum path, though it's not a perfect match. Also, one of the mysteries of the Boradun has to do with their gods: instead of a divine world of living gods in the Spirit World they hold to the belief that Hirtor Harad is a real and tangible place they can't return to as exiles.

Topography of the Umbra

If the Umbra is a mixed reality of symbolic meaning, what does it look like? If you think of it in terms of how far into it you are, then the closer to the Prime World the more it seems like the real world. A few steps deeper and things get strange, all influenced by the direction: if you're moving deeper towards the Spirit World of Bel for instance, the reflection of the real world starts to transform into a bazaar of trade and people and commerce, full of markets and haggling and the lure of opportunity (including the full and dangling coinpurses of the rich). How do you follow a path? Often it's presented as choices: closer to the Prime World it will be doors or roads or which boat you get on, and the trick is to distinguish between mundane choices and the ones that indicate the path. Deeper into the Umbra the path is more about symbolic choices: do you help the beggar, do you tip the lute player, do you order the mutton soup?

Paths as a Map to the Spirit World

Each Chimerum has its own path, each one a different pattern. Some are easier to follow then others, and some have easier starts or easier ends. For Chimerums with a corresponding region in the Spirit World, the path will take you there if you can follow it.

Spirits of the Dead: when a person dies their spirit (the "dying glow") is thrown into the Veil. They stumble around, sometimes stuck close to the Prime World looking in as ghosts, sometimes wandering aimlessly through the confused landscape of the Umbra, and sometimes finding their way to the Spirit World. Someone who knows the path, or even just part of it, has a much better chance at reaching the afterlife. Some gods send emissaries to help guide them, sometimes poaching the followers of other gods, since in the end the gods all hunger for the dead.

Paths as a Tool for Divine Power

The paths are mixed into the game mechanics of Seriphis, the magic used by priests and shaman or anything channeling manna to form magic. The idea here is that you have to learn the path step by step to gain power: to advance in rank you need to see further down the path. The trick is that you may accidentally follow the wrong branch and hit a dead end, wasting those points as you retrace and use a different branch. But this can also be useful: learning these dead ends and alternate branches can open up other things, from portals and gateways to shortcuts in power. Also, learning some branches can help your die pool for certain types of magic.

"Arg! A Demon of the Fourth Branch!"
When things reach into the Prime world, it helps to know where they're from. Their aura might give it away if you know what to look for, and if you can spot the portal they used it might give you a big leg up if things get messy. Demons don't always use portals to a place along the branch, but if they do and you can figure it out, you could know what region of their Spirit World they're from and gain some advantage in pushing them back through and closing/blocking the portal itself.

Paths as Portals and Gateways

The dead ends often have secret doors that lead to other places. These can be places along the path of different Chimerum, shortcuts to your own path ahead, portals to locations in the Spirit World, and sometimes gateways to locations in the Second World. It's no easy thing to find these doors, and another matter to open them, but it can be a powerful discovery if you do.

So there you have it. Ideally this post should include a drawing of one of the paths with some notes. The big picture is that the paths are mirrored in the stars and serve as guides to the Umbra. They're also reflected in the mechanics for divine magic. If you want a little flavor on gates and portals you might like the post on the Pox Crain.