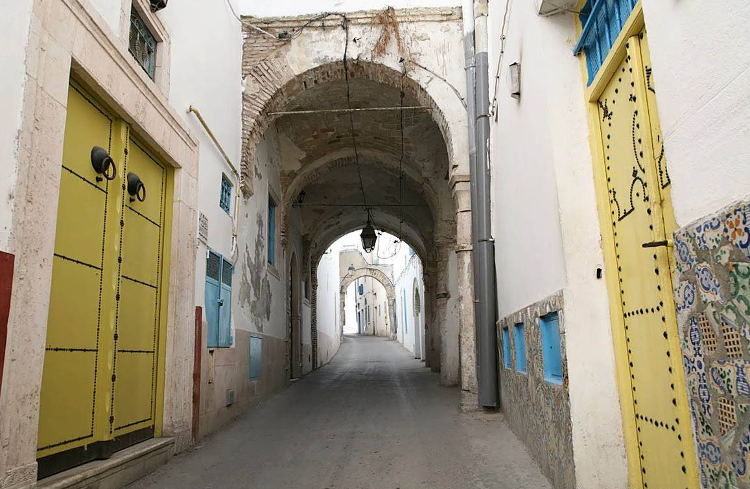 The Pox Crain is a bar in the dusty streets of Dryer Mob. Steps lead down to the relative cool of a low vaulted cellar near the Ivory Sook in Southwarren. It smells of hookahs, fish oil from the small kitchen, and cabbage. Sounds of the sook drift in from the street above and mix with the conversations of old men playing tiles, washer women in the alley behind, and the talk of travelers, traders, and the occasional drunk.

To most people, that's all there is. But to some, the Pox Crain is a vexing series of half seen pathways into the Veil, full of whispers and echoes of dreams, spirits and the dead.

"No one owns the Pox Crain. Sure, there's a man named Ottam and he has all the qualities you'd imagine: burly, gregarious and stingy on the drinks. If anyone collects taxes on the Crain he must be the one paying them. But the Pox Crain has been here since the city has been here, and will be here until a few days before Dryer Mob is a forgotten husk on the plains of Barakan.

"There's a legend of another place where the worlds meet, an event called the Court of the Tethered Duchess. Pieces of the chimerum that fell away after the Great Dream come together for a brief glimpse of what was. But here, in the Crain, something altogether different is happening: it's a tear in the Veil, a place where the barrier to the Umbra is weak, or maybe altogether missing.

"The faces you see here are mostly rubes; regulars with no greater grasp on the place than Ottam. Some are tradesmen, merchants, and travellers. Some are thieves and charlatans. A few are just drunks. But if you pay attention you see more. Not just the occasional guildsman, or the odd adventurer. Hidden among them are the faces of holy men, Nomsari, and emissaries of the 42 Sons.

"Why? Because to those who can see it, there are doors and passages that open into the kismets of the Spirit World, the Umbra, and the dreamworld beyond. And sprinkled through the stools and worn benches of an otherwise forgettable bar are umbrings, spirits and the recently dead, drawn to the whisper of air from beyond. Creatures from the Listar, the Myrgbon and Orindus.

"There are stories of the Opaline Door, seen only to true believers, a door that opens into the spirit city of Shalgwe. There's the Velvet Door, a gateway to Astaniell in the Myrgbon. Some appear only at certain times, years apart. Many of them are false promises, leading nowhere or into the dead fields of the Veil. Or worse: the place between worlds called the Hollows.

"The clouds are gathering and an unseen storm is here. It's known as the Ehtre, the time when the world's future is determined. It's a struggle between two realities: one called the Ascendency and the other the Course of Dreams. One pushes us closer to the Edge of Waking, the other spiralling back towards to the Well of Dreams.

"So order a pint of the local Fat Des, take a pull from a hookah, listen to the washer women or the guy from the sook selling amulets from Arasha Kwan.

"But don't look too hard into the shadows. Unless you know your side in the coming war."

A Few Bits of the World:

Dryer Mob is the capital of Barakan in the Fold, part of the Damoran Empire. It's an ancient city along the Gold Road that stretches from Khitagan in Rakshem to Ausgourd in the Grasslands. Known as the City of Thieves, it's a colorful, corrupt crossroads of the world.

The Court of the Tethered Duchess is a mythical gathering of forgotton places, relics and remnants of the Great Dream. The legend places it in the Lowlands below the Weatherpeaks.

A last note: Fat Des is a cheap local beer named for the king, an ineffectual puppet of the Damoran empire.

Read into it what you will, but there's a "Pox Crain" in the Thousand Realms: the Pok's Crane in Dacartha (it's in the Gates barrio: Dacartha Prime p.51). There's also a Dryer Mob for that matter (Maelstrom Storytelling p.60) but that was more of a "meet the deadline what can I grab" situation.