Social Factions on the Valek Sea 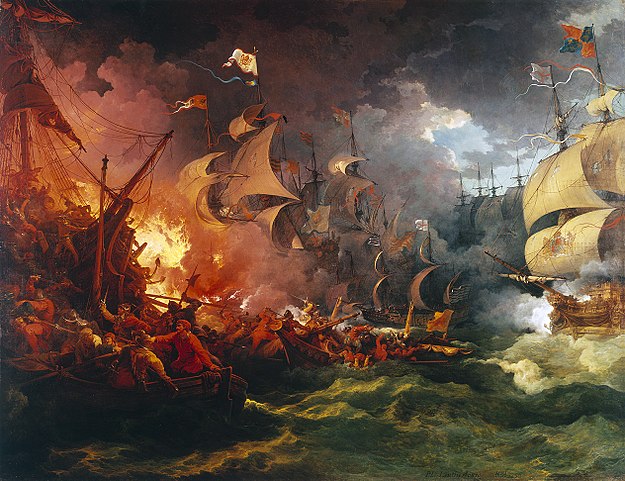 You can look at society in the Valek through the lens of politics and see the struggle between the citystates, the guilds, the churches, the inland thrones, and the pirate fleets. But underneath the banners and titles there's an entirely different structure.

The cities and coasts of the Valek are all unified by the sea. You could say that everything around the Valek faces inward, and the sea is the focus of everything: trade, food, wealth, power, and war. The roonhands of the Valek are tied to this global world, influenced by the cultures of a hundred ports, speaking the same slang creole as the sailors: called 'planker', it's a mix of Thurne, Tagani and Korul.

The cities need food to eat, and it's the peasants who feed the world. In theory peasants are aligned to the thrones that govern them, but in reality it's much more complex. Sure there are serfs in places like Khitagan, Shadis and Pauron, but Lowlanders have a long history of self rule and autonomy. Farmers in the Lowlands have loyalties to the church (Tala, Valek and Sylas mostly) as well as the local lord.

In a world before cattle ranches and fishing fleets farmers and local fisherman provide the meat (along with the shepherds and goatherders). Meat's a luxury for most people and the peasants know it, bartering for a fair way of living as they feed the hungry mouths of the cities.

These are insular people, "common folk", often at odds with the citystates, the inland thrones, the guilds and everyone else who needs their food. To make things worse, the hands they rely on get rounded up to fill the ranks in times of war, or pressed into service for the fleets.

For more on the challenges of life in a fantasy world, check out the post Normal Folks in a World of Monsters.

This is the class below the merchants and burghermasters. In the cities they play an outsized role, running the business of the city's daily life. They make the things the city needs, from coopers to armorers, masons to dressmakers. Many of them owe their loyalty to the merchants who hire them, or to the guilds that give them solidarity through numbers. A lot of them are tied to the mobs who simultaneously protect and extort them.

In the Valek, there's a divide between the artisans and craftsmen who support the cities and those whose jobs support the docks and fleets: those are the roonhands, the plankers who rig and supply ships and the industry of the docks.

The cities and coasts of the Valek are all unified by the sea. You could say that everything around the Valek faces inward, and the sea is the focus of everything: trade, food, wealth, power, and war. The roonhands of the Valek are tied to this global world, influenced by the cultures of a hundred ports, speaking the same slang creole as the sailors: most people call it 'planker', a mix of Thurne, Tagani and Korul.

Of all the people squeezed the most by the people with power, it might be the roonhands. The guilds and fleets see them as expendable resources, the tradesmen see them as uppity competition, the farmers and peasants see them as more mouths to feed. The nobles look past them to the merchants and burghers and the fleets. The churches might be a source of refuge and community but the scattered nature of roonhands means they pray to a dozen different gods. About the only people who give them any respect are the shiphands, but even they look down on them as landlubbers who haven't embraced the sea.

In the pressure-cooker of hard work and long hours, excluded from the profits and wealth of the world they help make possible, plankers have a mean edge and general hostility to the world outside their docks. They identify with the shiphands and the fellow roonhands of the Valek ports, and are loyal more to their local bosses than anyone else.

The sailors of the Valek are the blood of the sea. They man the ships that bring the wealth to the citystates, the food to the inland crowns and the power to the fleets. The loyalty of most sailors is to their ship, a close crew united by a shared purpose. But ships are bound to their owners, and whether that's a merchant house or a pirate league, the crew is just cheap labor you have to keep in line.

There are guilds for sailors and whalers, but for the crews the guilds are mostly just a place to go beg when you're too old or injured to work the ship.

Pirates will tell you they're the only crew that's truly free, sharing in the profits and having a say in the way things are done. That may be true on some ships, but the risks are a lot higher: in addition to the rigors of sailing a ship in the stormy Valek you have to fight your way in an endless war. It's not just fat merchant ships either: you fight with other pirates and sometimes with each other.

But no matter the banner, shiphands share the global culture of a hundred ports. They speak the slang planker creole like the roonhands and identify with each other more than any one land or country.